Syndicated programs broadcast on KSMO-TV include Harry, The Doctors, Hot Bench, Judge Mathis and The People’s Court. Since MyNetworkTV does not air programming on weekend evenings, KSMO normally airs off-network syndicated programs or movies between 7:00 and 9:00 p.m. on Saturdays and Sundays. As the duopoly partner of KCTV, the station also takes on the responsibility of airing CBS programming whenever KCTV is not able to broadcast so such as during long-form breaking news and severe weather coverage.

In March 1993, KSMO announced that it had entered into a three-year contract to become the exclusive local broadcaster of the Kansas City Royals, an $11 million deal that allowed the station to carry games from the Major League Baseball (MLB) franchise starting with that year’s regular season. However, the deal ran into some legal issues after ABC and NBC announced the formation of a broadcasting partnership with Major League Baseball known as The Baseball Network two months later. One year after the signing of the deal, in June 1994, KSMO and ABRY Communications filed a breach of contract lawsuit against the Royals, on the basis that its agreement precluded The Baseball Network’s regional broadcasting arrangements that allowed NBC affiliate WDAF-TV and ABC affiliate KMBC-TV to each carry at least five Royals telecasts during prime time in July and August of that year (compared with only one or two nationally televised Royals games that either station had carried previously) and that the team was under obligation to renegotiate its deal with channel 62 per a clause in the contract; the case was eventually settled. KSMO continued to serve as the local home of the Royals until its contract with the team concluded after the 1996 season.

Since August 2006, through KCTV’s broadcasting contract with the Kansas City Chiefs, KSMO also carries select preseason games produced by the team’s Chiefs Television Network unit, which the team syndicates to other television stations in its designated market area, in lieu of KCTV due to that station’s CBS programming commitments.

In September 2009, KSMO-TV began serving as the flagship station for the Mid-America Intercollegiate Athletic Association (MIAA), under a contract agreement that awarded it the rights to weekly college football games from the NCAA Division II conference each Saturday during the fall. In November of that year, KSMO became the official local over-the-air television broadcaster of the Kansas Jayhawks, televising college basketball games produced by the University of Kansas’ in-house production unit, the Jayhawks Television Network. In June 2011, KSMO announced that it had reached an agreement with the Missouri High School Athletics Association, in which the station obtained the rights to broadcast high school basketball and football games involving teams from Missouri schools – focusing centrally on those involving high school teams based in the Kansas City area – during the academic regular season as well as during the post-season tournaments.

KCTV produces six hours of locally produced newscasts each week for KSMO (with one hour on weekdays, and a half-hour each on Saturdays and Sundays). The station also broadcasts a day-behind rebroadcast of KCTV’s talk/lifestyle program Better Kansas City at 8:00 a.m. weekday mornings (preceding the program’s live broadcast on channel 5).

In November 2003, KSMO – owned at the time by the Sinclair Broadcast Group – had announced plans to launch an in-house news department at its original studio facility in Kansas City, Kansas, and hire approximately 20 staffers to produce an hour-long 9:00 p.m. newscast. The program was to have been a participant broadcast of News Central, a local/national hybrid news concept that Sinclair began rolling out to its stations in August 2002, in which local news segments produced at each of the group’s participating stations were supplemented by national news, weather and sports segments, as well as a one-minute conservative political commentary feature by Sinclair vice president Mark Hyman titled The Point, produced at production facilities in the ground floor of Sinclair’s Beaver Dam Road headquarters in Hunt Valley, Maryland and syndicated via centralcasting to each of the news-producing outlets. The news department plans would eventually be scuttled when Sinclair announced that it would sell channel 62 to the Meredith Corporation.

On October 10, 2005, following the closure of the Meredith sale, KCTV began producing a half-hour prime time newscast at 9:00 for KSMO-TV, under the title KCTV 5 News at 9:00. The program – which has aired seven nights a week since its premiere – directly competes against an hour-long prime time newscast in that timeslot on Fox affiliate WDAF-TV, which had become the ratings leader at that hour since that program debuted in September 1994, when channel 4 switched its network affiliation from NBC to Fox. The KCTV-produced program would later gain additional prime time news competitor on September 14, 2010, when ABC affiliate KMBC-TV began producing a newscast for its CW-affiliated sister station KCWE, which originally aired for a half-hour until its expansion to an hour-long broadcast on April 25, 2016. On October 20, 2008, KCTV became the third television station in the Kansas City market (after KSHB-TV and KMBC-TV) to begin broadcasting its local newscasts in high definition; the KSMO newscasts were included in the upgrade.

On September 14, 2009, KSMO began airing a simulcast of KCTV’s noon newscast on Monday through Friday afternoons. Later that week on September 19, KCTV also debuted a weekly public affairs program for the station, Your Kansas City; the program, which highlighted news and events throughout the Kansas City area, was cancelled in September 2012. On February 7, 2011, KCTV began producing an hour-long extension of its weekday morning newscast, then titled More in the Morning, for KSMO-TV, running from 7:00 to 8:00 a.m.; the morning newscast was discontinued after the December 30, 2011 broadcast, after suffering from low ratings amid competition in that time period from WDAF-TV’s in-house morning newscast and a two-hour extension of KMBC’s FirstNews on KCWE. The same week that the More in the Morning extension premiered, on February 12, 2011, KSMO also began simulcasting the Saturday edition of KCTV’s 10:00 p.m. newscast; the weekday noon and Saturday 10:00 p.m. news simulcasts were removed from channel 62’s schedule in February 2013.

On August 4, 2014, KCTV began producing a half-hour newscast at 6:30 p.m. for KSMO, which utilizes the same anchor team as the 6:00 p.m. newscast on Channel 5. The program – which displaced Access Hollywood from the slot on Monday through Friday evenings – originally aired seven nights per week until March 28, 2015, with the Saturday and Sunday editions of the program (the latter of which used the staff anchoring KCTV’s 5:30 p.m. newscast) being discontinued thereafter due to low viewership and replaced by infomercials.

The station’s digital signal is multiplexed:

On August 21, 2011, Meredith Local Media announced that it had signed an agreement with Bounce Media, LLC to affiliate KSMO-TV with the African American-focused digital multicast network, Bounce TV. The station began carrying Bounce TV when the network launched on September 26, 2011, when KSMO launched a digital subchannel on virtual channel 62.2. On September 26, 2013, as part of an affiliation agreement between Meredith and network co-parent Fox International Channels, KSMO-DT2 became an affiliate of the Spanish language network MundoFox (which was renamed MundoMax on July 28, 2015, after Fox sold its interest in the network to Colombia-based RCN Televisión) at that network’s launch. On December 1, 2016, with MundoMax ending operations on that date, Meredith chose to discontinue the subchannel entirely. Then on May 6, 2018, the subchannel returned, this time as an affiliate of Light TV.

KSMO-TV shut down its analog signal, over UHF channel 62, on June 12, 2009, the official date in which full-power television stations in the United States transitioned from analog to digital broadcasts under federal mandate. The station’s digital signal continued to broadcasts on its pre-transition UHF channel 47. Through the use of PSIP, digital television receivers display the station’s virtual channel as its former UHF analog channel 62, which was among the high band UHF channels (52-69) that were removed from broadcasting use as a result of the transition. As part of the FCC repack process, KSMO-TV moved to UHF channel 32 on April 12, 2019 at 12:01 a.m. 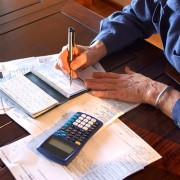 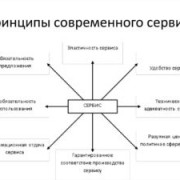 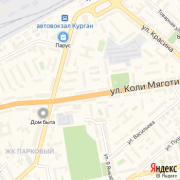